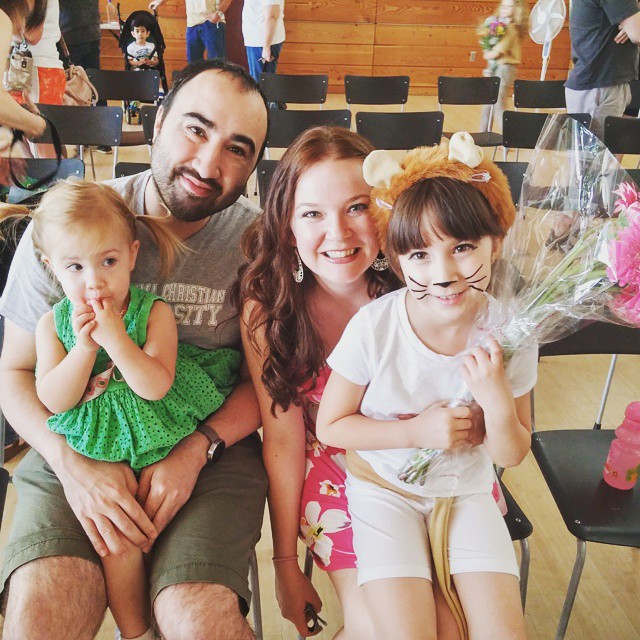 “Kristy Sibley is the daughter of Pete and Fran Nystrom (Senior Executive Coordinators in San Diego under the Pembertons). She and her family of four live in Vancouver, WA. Kristy always thought of Shaklee as her parents’ thing and never considered having her own business though she enjoyed the healthy lifestyle of Shaklee and the financial benefits (no college debt!). She got a college degree and married a minister. After Roger Barnett bought the company, suddenly the circles and lines started making sense and Kristy started her Shaklee business upon her move to a new city 11 years ago. It allowed her to build a business and quit her job as a teacher so she could be involved as a true partner in her husband’s ministry. She had a vision of being able to stay home with her kids (born in 2008 and 2013) and be involved in her husband’s work. Like a true millennial, the currency she cares about is time and freedom. She became a Director in her first 3 months and walked across the stage in Chicago in 2005.

While she enjoyed having her mainly products-based business all these years, she never really found her groove with sharing the business and training leaders. She tried to take on her builders goals and make them happen whether they really worked it or not. But her builders never really did the work and she became frustrated. She thought maybe there was something wrong with her. She felt sad every year at convention seeing other people with their teams and wishing she had that. And while she still had many things to learn about leadership, something clicked this summer in Orlando

She just decided to find people who really wanted to do the business and shared her excitement about the possibilities available in Shaklee. She started framing work as “fun” and let go of pressuring herself to “make” people be interested in Shaklee and to make their goals happen. She wants to be a support rather than the driving force in someone else’s business. She got inspired in one of the shops at the convention that was selling hand-made green little pouches that said “Thank you for making the world a better place.” She bought 4 in hopes that she would find 3 builders to give them to for their Shaklee business cards. The idea that working her business could genuinely make the world a better place was very inspiring to her. She found 3 Golds within 3 weeks of coming home from Orlando and has been working closely with 2 other builders who expressed an interest in starting again.

All 5 of these teams are committed to Atlanta and Kristy could not be more thrilled! She’s hoping to break out one of her Golds this month. 2 of her new teammates joined her in Colorado for a Super Saturday and really caught the vision of Shaklee from Dr. Daggy. Kristy achieved her Health Print goal of 100 and is hoping to achieve the Chairman’s Retreat next year. She really wants to grow as a leader and is enjoying the increased income so far, especially now that her youngest is attending preschool. Her Shaklee business has hung in with her family through 2 seasons of job loss for her husband, a devastating mental illness, 2 difficult pregnancies and seasons where she just wasn’t very serious about her work. Kristy is so, so grateful for her residual income and surprisingly resilient little business and just wants to pour some TLC into it and hopefully see it continue to flourish and grow into something that will benefit many families to come. Going from an average of 2500-3000pv per month to over 4,000 every month since convention, Kristy is well on her way to maintaining a larger business and helping more people achieve their dreams.”

Kristy is a wonderful example of the many mom-preneurs out in the Shaklee field that are juggling it all and doing it well. She is having more fun in her business than ever before and her bonus check is bigger than ever before because of it. Her parents and sponsors are so proud of all her personal growth and hard work and so are we.

The Sibleys are also treasured within their branch of our Ewing Organization Shaklee tree. Consider the long history of their Shaklee lineage…

The Don & Carolyn Spargur Family, SRMCRD (joined in the 1960s)

The Kirsch Family, SRKYCRD (joined in the 1970s)

The Pemberton Family, PMCRD (joined in the 1970s)

The Pete & Fran Nystrom Family, SREXCRD (joined in the 1970s)